So, can adults learn musical instruments? Most of us humans love music. Many people didn’t have the chance to study music as a child and wonder if they can learn as an adult. Read on for the answer.

Many adults think that only children are able to learn music. It’s true that children’s brains are very flexible. However, brain flexibility continues into adulthood.

Norman Weinberger is a neuroscientist at University of California Irvine. He has done pioneering research on the auditory system and the brain. He says that while it’s harder for the mature brain to learn an instrument, it’s not impossible. “A lot of people believe the brain isn’t very plastic after puberty. In fact, the brain maintains its ability to change,” Weinberger says. “Is it as easy to learn something when you’re 65 as it is at 5? No. But can it be done? Yes.”

Music uses a lot of the brain

That’s why, unlike with language, there is no single music center in the brain — rather, there are a lot of them. “When brain scans have been done of musicians, you find the enormity of the areas of the brain that are actually being activated,” Weinberger explains.

Music is good for us

Research shows that making music is good for the brain. It also may delay the onset of some of the mental decline of aging. Scans of musicians’ brains show that playing an instrument involves greater communication among different regions of the brain than with other tasks. This communication may lead a musician’s brain to create new neural pathways. Those extra pathways can provide musicians with “cognitive reserve” when dementia strikes. Canadian neuroscientist Aline Moussard says that musician’s brains “will be more able to cope and find new ways to do tasks.”

It’s possible that playing a musical instrument can reverse stress at the molecular level. This was the result of recent studies conducted by Loma Linda University School of Medicine and Applied Biosystems and published in Medical Science Monitor.

Playing music can also increase human growth hormone (HgH) production among active older Americans. A study by the University of Miami had two groups: one that took group keyboard lessons and one that did not. The group which played music had significantly higher levels of HgH than the group of people who did not make music.

Maybe you are convinced that music study is good for you. But you might still worried about whether you can play a musical instrument? Let’s look at some obstacles and come up with solutions. 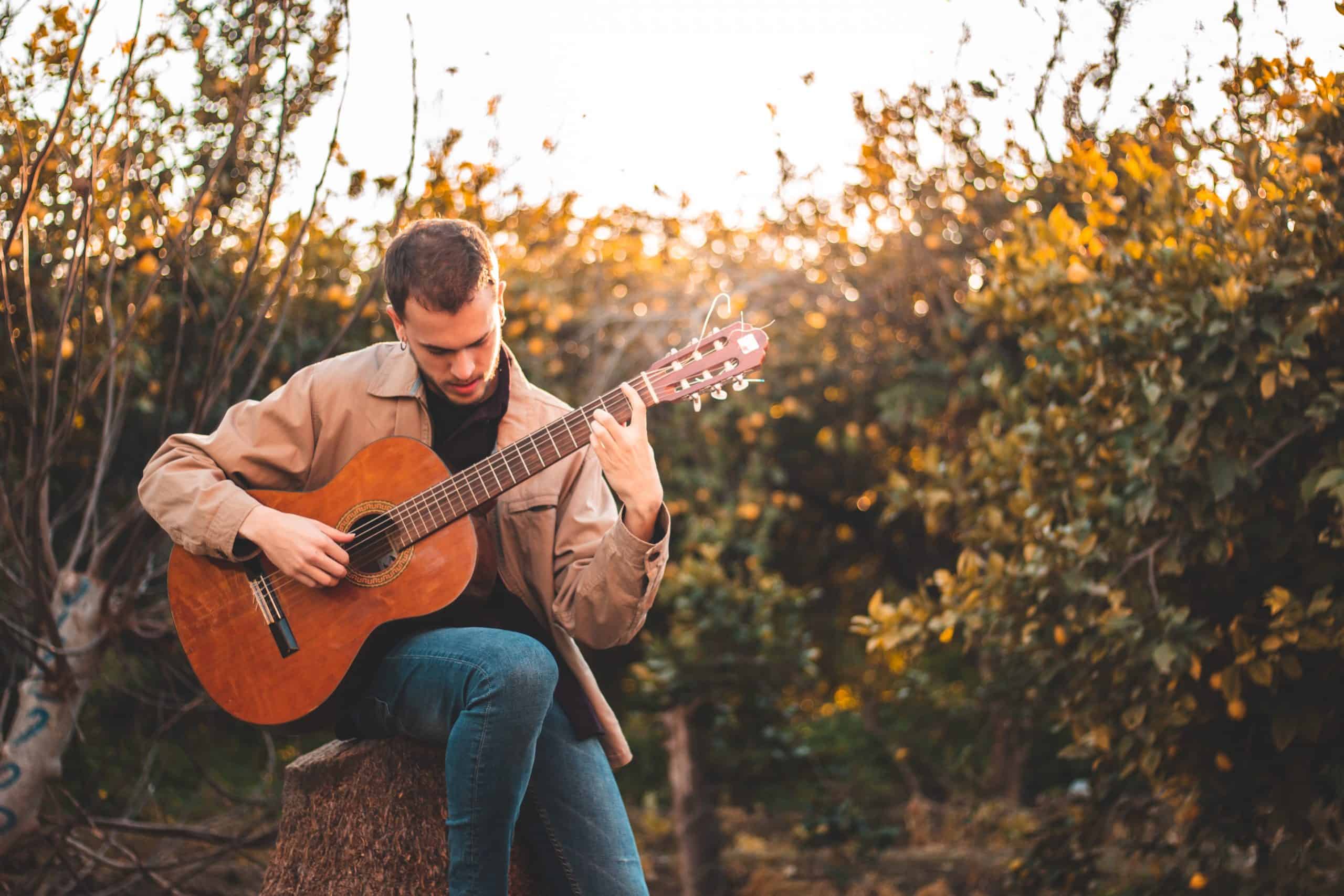 Many people are afraid to try new things because they think they might fail. But after 40+ years of teaching music, I can say with confidence that ability is not all that important. It’s much more important to have beginner’s mind and determination.

Beginner’s mind is a concept taught by Buddhism. Leo Babauta describes it as dropping our preconceived ideas about something. It means seeing things with an open mind, fresh eyes, just like a beginner.

Children have easy access to beginner’s mind. Most things are new to them. They find music study hard, but they are used to trying tasks that are hard.Children also usually have low expectations of what they might accomplish. So they don’t get that discouraged when they encounter an obstacle or have a short term failure.

Adults are used to feeling competent in their job and daily tasks. So trying something brand new that is hard can be stressful. Having realistic goals about music study will help you persevere. And choosing an instrument that suits you well will also help.

Here are our suggestions on how to make time in your life for music practice.

Turn your phone off

It’s possible that you spend 20-30 minutes a day on social media or cruising the web. You could use that time to practice a musical instrument! Turning your phone off can be scary at first. But if you turn your phone off for 20 minutes and focus on one specific skill or piece of music, you’ll have much more success than if you respond to every text.

Research shows that there is a cognitive price to pay for switching focus, say from practicing to answering a text message.

Life as you know it will not end if you turn your phone off. And when you turn it back on you’ll get the added bonus of feeling really popular when 16 alerts pop up.

Yes, we just recommended playing less! You don’t have to play for six hours a day to stay sharp or improve. But make sure you keep up a daily schedule. As with physical fitness, shorter periods of regular, focused, distraction-free practice can make a huge difference. It’s much better to practice 30 minutes 5 days a week than 2 and ½ hours on the weekend.

Set up a schedule or a routine

Figure out what time is easiest for you to practice and plan your life around it. If you are a morning person, maybe you can get up 20 minutes earlier. If you are an evening person, you could play 30 minutes before making dinner.

Make it easy to get started

It’s much easier to start a task if you have everything you need at hand. So set up a spot for your instrument and gear. Then when the time is right you can dive right into work.

The brain releases a chemical that makes us feel good each time we complete a task. But learning to play music takes months, if not years. To get around this, create a short term task list for yourself. What mini tasks do you need to do in today’s practice? Write them down in a notebook or planner so you can have the satisfaction of checking them off.

Find music to work on that is fun for you

Once you get past the beginner level, study music that you love to play. Knowing that you will be connected to something you love as you work will help keep you motivated.

Our adult brains have plenty of resources to learn something new. Besides being enjoyable, learning an instrument as an adult will help you in many ways.

Have you started learning an instrument recently? Are you considering starting? Let us know in the comments. We’d love to hear about your experience.

Why Everyone Loves the Ukulele

The Path of Stroke Recovery Through Ukulele