Left-Handers in a Right-Handed Music World 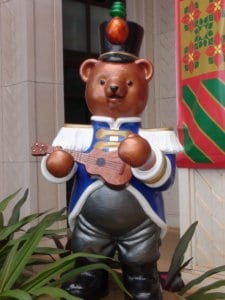 The music world is very ‘right-handed’. Almost all stringed instruments are set up for right-handed people. And it is extremely difficult for left-handers to find teachers or material that would help them. So what do you do if you want to learn left-handed ukulele?

Fortunately, lefties have several choices when learning to play a stringed instrument:

Left-handed people can choose to be part of the right-handed world and finger the chords with the left hand, while strumming with their right. This choice makes it easier later, because the left-handed person can read standard chord charts, buy standard ukulele music and learn from standard sources such as YouTube videos. 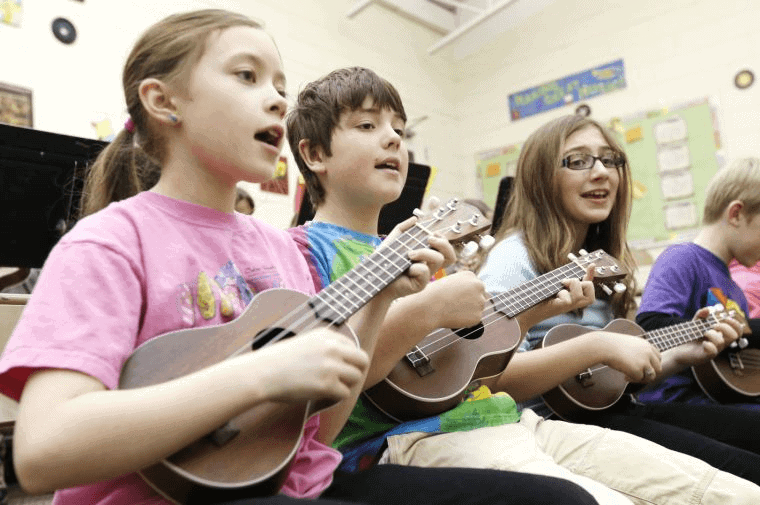 In a classroom situation, I insist on this way of playing because the students learn so much from each other. If one or two children are playing “backwards” it is confusing for the entire class. Also, if a left-handed person wants to become a multi-instrumentalist later, learning the right-handed way of doing things makes it easier to switch from instrument to instrument.

Left-handed people can turn the standard ukulele backwards and finger with the right hand and strum with their left hand. Initially, this way of playing will be much more comfortable. However, these players will need to adapt all standard chord stamps and ukulele learning materials by doing a mental flip in their minds of the written and visual materials. It can be difficult to flip the chord stamps in one’s head.

Left-handed people can restring their ukuleles and finger with their right hand while strumming with their left hand. Obviously, many great artists have chosen this path. Sir Paul McCartney and Eric Clapton come to mind immediately! The chords charts and strumming patterns will probably be less confusing this way, but since I have not tried it, I am not sure how that would work.

Learning From a Left-Hander

When I initially studied guitar from a left-handed player who had a left-handed guitar, it was kind of cool. When I was facing him, our fingers on each hand were an exact mirror to each other, so it was easy for me to learn. He played mandolin, guitar, banjo, ukulele and many other stringed instruments.

How to Restring the Ukulele

I had a left-handed student who wanted to strum with his left hand and hold the ukulele in his right. We re-tuned his ukulele so that the string closest to the ceiling was an “A” string and the string closest to the floor was a “G” string. Since these two strings are close enough in pitch, we did not have to switch the strings. We switched the two middle strings and re-tuned them as well. He played the same songs as everyone else and had the same book. He simply had his lefty ukulele chord shapes on his music stand. It was a little confusing for me to look at him (in the class), but he was fine.

Here is a screen shot of the most common left handed ukulele chords if the “mirror” method does not work.

The real artistry of any stringed instrument is with the right hand-bowing/strumming/finger-picking etc. All of us have to work to master the different right-hand techniques on any stringed instrument, but it is nice to have the left-hand coordination mastered and be able to take it with you wherever you go musically.

I have lots of left-handed string students who initially struggle with strumming and/or bowing on their instruments, but after a few months of instruction the coordination is there! Then they sail ahead more quickly than their right-handed counterparts. I always tell the left-handed kids that learning to be ambidextrous makes anyone smarter because it uses more parts of your brain, and that all stringed instrument players are equally adept at the use of either hand.

Have fun and happy strumming!