The Story of the Ukulele: Ukulele History in a Nutshell

The ukulele is fast becoming a mainstream instrument. It’s not quite up to the status of the piano or the guitar, but it’s getting there. Things have not always been as optimistic for this diminutive instrument. So how did we get here? We take you on a brief trip through ukulele history.

Ukulele History – In the Beginning

The uke has been with us for more than 127 years. Its origin traces back to as early as 1889 when it made its entry in Hawaii. It is a Hawaiian adaptation of the Portuguese braguinha (sometimes called the machete). The machete is a small guitar-like instrument introduced in Honolulu, Hawaii by Portuguese immigrants from Madeira. These immigrants had come to work in the sugarcane fields.

One of the immigrants named Joao Fernandez was so happy to have finally reached Honolulu after a 4-month journey that he jumped out of the boat and started to strum and sing with his braguinha. The crowd of witnessing Hawaiians was so impressed by his finger boarding technique that they baptized the instrument ‘ukulele’ which translates to ‘jumping flea’.

The Rise to Stardom 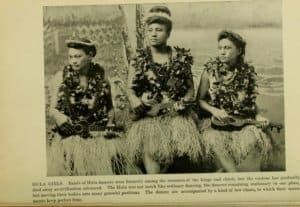 By the start of the 20th century, the ukulele had become a fully established instrument in Hawaii. It was, however, still relatively unknown in the US mainland. In 1915, the ukulele’s big break finally came. The Panama Pacific International Exposition in San Francisco lured over 17 million to the Hawaiian Pavilion with hula dance and song. Featured performers included George E. K. Awai and his Royal Hawaiian Quartet along with ukulele maker and player Jonah Kumalae. America’s mainland began buzzing with enthusiasm for this instrument.

It was not long before the uke became an icon of the Jazz Age. In the 1920’s it was especially popular with amateur players because it was fairly easy to learn, highly portable and inexpensive. Sheet music publishers added ukulele chord tablature into sheet music for popular songs. To take advantage of demand a number of mainland-based stringed-instrument manufacturers including Regal, Harmony, and especially Martin began producing ukuleles. Department stores across the country offered ukuleles for only a few dollars and sometimes even for free with the purchase of lessons.

The Great Depression was another factor that helped promote the ukulele in the 1930s. As prices of mainstream instruments such as pianos and accordions soared through the roof, the ukulele offered a cheap musical alternative. 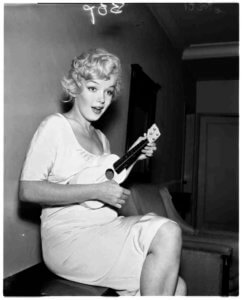 The ukulele’s popularity continued to increase in the post World War II era all the way through the 1960’s.

The television was the main media for the spread of ukulele. Arthur Godfrey cultivated much of the instrument’s fame through his show which offered viewers ukulele lessons right in their living rooms! In addition, popular movie stars such as Lucille Ball and Marilyn Monroe also played and popularized the ukulele.

Things were going well for the ukulele well into the middle of the 20th century. The story of the ukulele, however, developed an unpleasant plot twist. The ukulele’s popularity begun to drastically decline at the beginning of the 70s. Well, what happened? The guitar.

The general public started to perceive the uke as more of a toy for kids than a serious musical instrument. Due to its small size, it did not match the loud and more complex sound of the guitar. This was the main factor that condemned the ukulele to two decades of irrelevance.

Sales of ukuleles began to drop as ukulele players moved to the more advanced instrument, the guitar. The ukulele had acted sort of a “gateway instrument.” Many people were now confident that having been able to play the ukulele, they were ready for a more challenging instrument.

The ukulele made a comeback in the 90s-Yeah! At the beginning of the decade, new manufacturers started to produce the instrument and a new generation of musicians took it up. Perhaps the most important was Jim Beloff. Jim set out to promote the instrument and made several books full of popular songs for people to practice. Folks loved that they could play their favorite songs through the lessons taught in the book. Jim’s books would lay down the foundation for greater ukulele popularity.

Another important artist in the 90’s was Hawaiian musician Israel Kamakawiwo’ole. His beautiful ukulele rendition of the classic Somewhere Over the Rainbow mashed with What a Wonderful World was featured in several films, television shows, and commercials.

The Beatles (particularly George and Paul) were also pretty decent uke players. The three surviving Beatles (Ringo, George, and Paul) got together in 1994 to remember the old times and play a little. George and Paul strum away their ukuleles to a handful of tunes. This excursion was featured as part of a TV miniseries on the Beatles. Paul McCartney also strummed a ukulele on his 2002 tour as a tribute to fellow Beatle George Harrison, a serious ukulele player and a devotee of the British music hall ukulele tradition.

Popular music artists made a real contribution towards the rebirth of the uke in the 90’s. They were however limited in the number of people they could reach because folks had to buy books or wait for a particular time to watch a lesson on television.

What really sealed the deal for ukulele popularity was the fast growth of the Internet, in particular, the invention of YouTube. In the early stages of YouTube’s launch, one of the first videos to go viral was Jake Shimabukuro’s ukulele rendition of George Harrison’s “While My Guitar Gently Weeps” on YouTube. The video quickly went viral, and as of August 2017, had received over 15 million views.

Shortly after this, many people started to take videos of themselves playing popular songs on the ukulele. All one needs to access the videos is an internet connection since they are absolutely free. This provided a perfect platform for the integration of the ukulele into mainstream culture.

Numerous tutorials on playing the ukulele started to become available through YouTube. People who could not afford to buy books to teach themselves how to play could now access free tutorials.  Ukulele enthusiasts were able to learn more easily and conveniently than from printed books. They could easily improve their playing because video lessons showed left-hand chord shapes and right-hand strumming and plucking patterns.

Fast forward to today! The ukulele has taken its rightful place as one of the best-loved instruments. While remaining a serious instrument still being explored by professional musicians, it also plays the role of every man’s instrument.

The Ukulele Orchestra of Great Britain has never been more famous although the group was actually formed in 1985.  Many popular entertainers and celebrities play the ukulele including Dwayne Johnson, Ryan Gosling, Bruno Mars, Cyndi Lauper, Taylor Swift and even Warren Buffet (yes, him too!).

The ukulele is frequently featured in movies and television. For example, Orange is the New Black Season 5 episode 7 features the inmates creating a coffee bar with a talent show. One of the neo-Nazis sings ‘Time of Your Life’ while playing the ukulele. In Boston Legal Season 3 episode 8, a kidnapper ties Candice Bergen to a chair in a basement as he plays his uke as if this was just a sleepover! In Get Out, one of the bad guys is shown playing the ukulele on the front porch (kind of before we know he’s a bad guy). Blue Valentine features Ryan Gosling playing the ukulele as Michelle Williams dances. Joaquin Phoenix also strums away at the uke in the movie Her. In 50 First Dates, Adam Sandler sings to Drew Barrymore while playing the ukulele. They are in a boat in Hawaii! The list goes on and on.

Ukulele History – Now and Beyond

The story of the ukulele is still being written. YouTube remains the most powerful platform for the spread of ukulele popularity. You can find a ukulele tutorial on almost any popular song there. As an example, take a look at this tutorial Jenny made of popular 4 chord songs.

Any new popular song released will almost always have a ukulele cover up on YouTube in a matter of days. You can also find the tablature of just about any song free on the internet. Learning ukulele has never been easier.

This tiny instrument has very bright prospects.  It’s hard to imagine its popularity ever diminishing again. With its cheap price, readily available ukulele tutorials, and its adoption and promotion by prominent folks from all kinds of industries and genres, the ukulele community will continue to grow and we are glad you are a part of it. Check out our recommended page for ukuleles to purchase.

Teaching Ukulele and Orchestra In School

Why is ukulele such a great instrument for schools?