​This week, we present a video on Jingle Bells ukulele chord melody tutorial. For those that don’t enjoy singing, playing a chord melody is an entertaining way to share music without having to sing.

A chord melody combines both the melody and the accompaniment (for example, strummed chords) into a single arrangement that one person can play. With Christmas coming in a few weeks, what better song to try and play a chord melody to than Jingle Bells! In the following video, Jenny demonstrates how to play Jingle Bells ukulele chord melody.

In this video tutorial of Jingle Bells ukulele chord melody, Jenny combines different techniques including “pinch” chords, single pluck and standard strum. However, if you are not comfortable with combining “pinch” and strum, you can play the whole song with your thumb. Jenny also shows this method near the end of the tutorial, so don’t miss that. Check out all the techniques shown by Jenny on the video. You can start with the simpler ones that you’re more comfortable with and add up the more complicated ones later.

After viewing the lesson video tutorial, you might want to check the performance video as well. 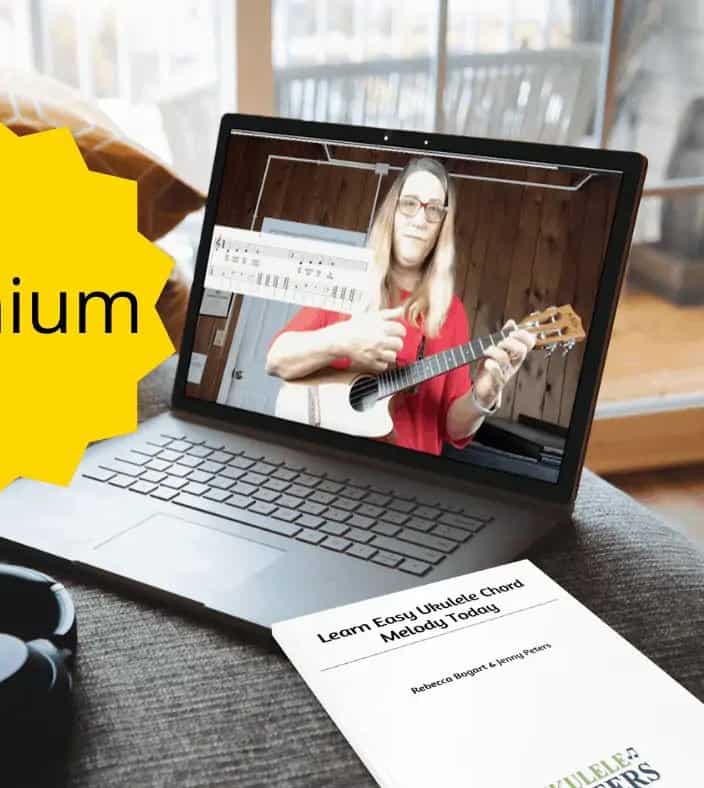 Wow, chord melody sounds rich and full, with melody and chords at the same time!

But it’s probably too hard for me. Not true!
In this course you’ll learn easy full-sounding music using techniques you know.

Get your course now

Here are five fun facts about one of our favorite Christmas song – “Jingle Bells”:

On December 16, 1965, two astronauts aboard Gemini 6 played a prank to Mission Control in the spirit of Christmas season. Wally Schirra and Tom Stafford, the two Gemini 6 astronauts, sent a report that states the sighting of an object that looks like a satellite. They went on with this troubling report of a flying object and then unexpectedly broadcasted their version of “Jingle Bells”. While Stafford rang tiny bells, Schirra played a harmonica to the tune of “Jingle Bells”.

If you notice throughout the song, there is no mention of the word “Christmas” at all. According to some historians, James Lord Pierpont, who wrote the song in the early 1850s, wanted the song for a Thanksgiving service. Nevertheless, “Jingle Bells” is now one of the most famous Christmas song around the world.

On its initial publication in 1857, the publishing house printed the title of the song as “One Horse Open Sleigh”. However, two years later, the song was published with the revised title that included “Jingle Bells”.

Most people, especially kids, are familiar with the chorus and the first verse only. However, the song actually has three more verses aside from the well-known verse that starts with “Dashing through the snow…”

Check out another Christmas song with chord melody ukulele tutorial: 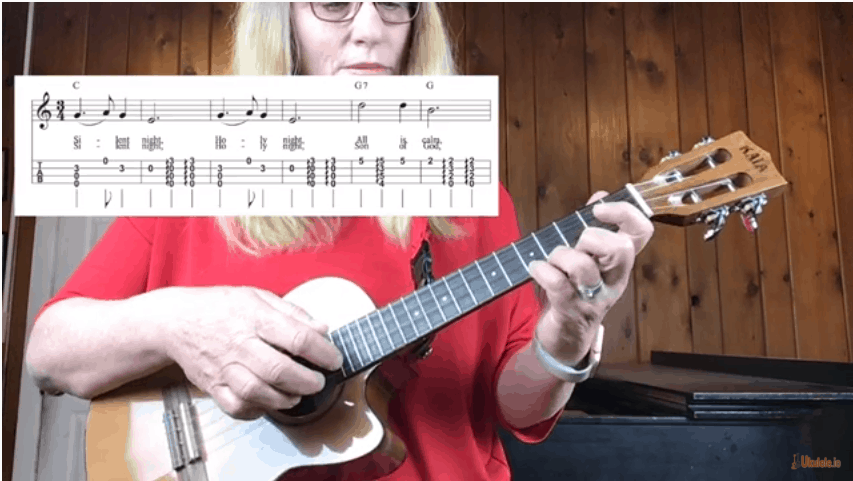 How to Play Perfect by Ed Sheeran, Easy Ukulele Tutorial