This Land Is Your Land Ukulele Tutorial

By the way, you might want to check our easy ukulele tutorial for “God Bless America”. Or visit our blog main page for a list of more ukulele lessons. Also, subscribe here  to receive bi-weekly ukulele updates including sheet music. Sheet music contains ukulele chords, lyrics of the song, strumming pattern and melody tabs.

THIS LAND IS YOUR LAND UKULELE TUTORIAL

In addition, strumming pattern follows a D-U-D-U (D-down, U-up) repetition. But there are some cases where Jenny rests on strumming to give focus to the lyrics. And also to give the song more interest.

GUTHRIE’S MOST FAMOUS AND INFLUENTIAL SONG

Many love the song for its powerful description of America’s beauty and promise. But many also consider it as a protest and political song. In fact, the original version of the song that Guthrie penned in 1940 expressed his sadness with the country’s economic inequality and apathetic greediness. When he recorded the song in 1944, however, he replaced several political verses in the song. 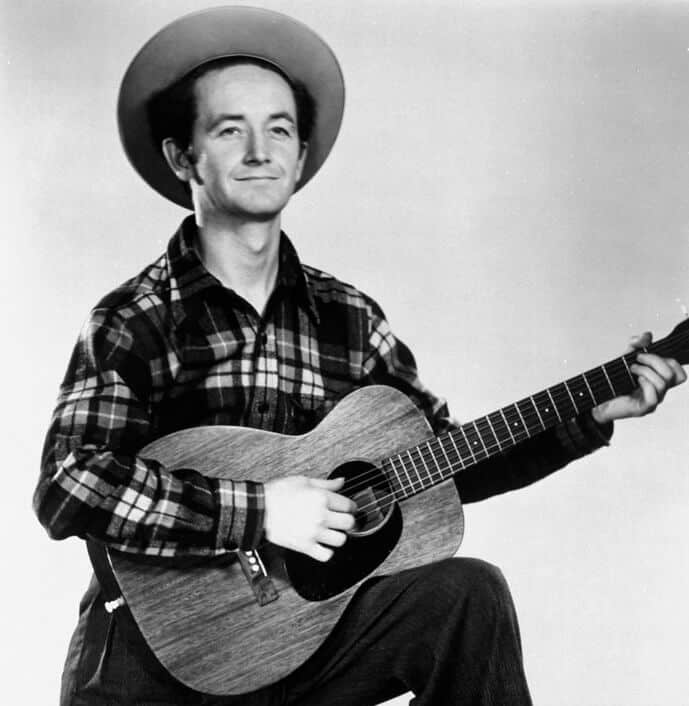 Nonetheless, the song’s influence, and Guthrie’s in general, cannot be disputed. “This Land Is Your Land” remains to be a revered American folk song. Some even claim it to be as popular as the national anthem. On the other hand, Guthrie influenced many generations of American singers and songwriters. To name a few, Johnny Cash, Pete Seeger, John Mellencamp, Bob Dylan and Bruce Springsteen cited Guthrie as an inspiration.

Like other popular folk songs, “This Land Is Your Land” inspired numerous versions and variations. In fact, singers from many countries have recorded the song. They adapted the lyrics to their own language and national narrative.