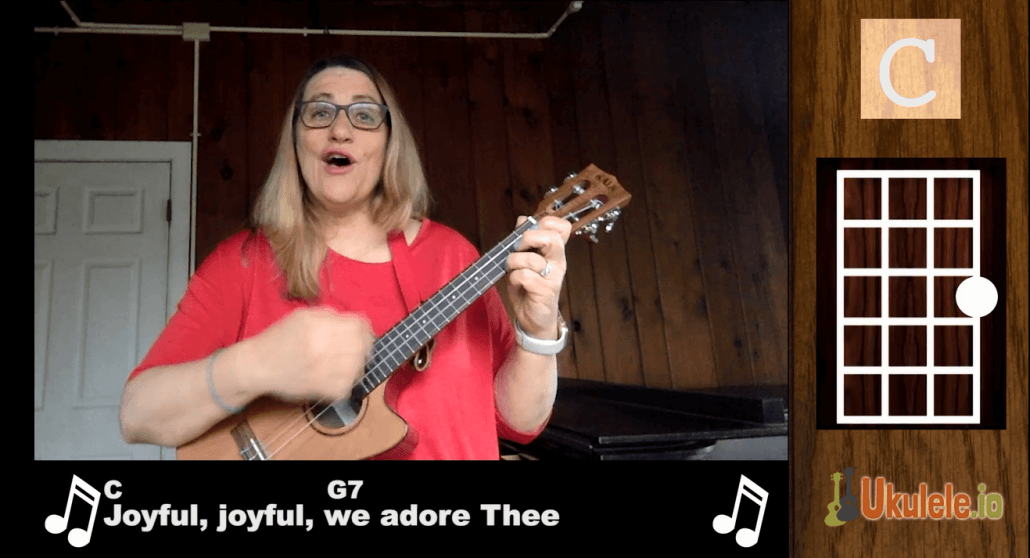 As always, let’s start the Joyful, Joyful We Adore Thee ukulele tutorial with the music sheets. Get a copy of the chords (and lyrics) sheet here. 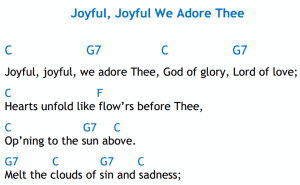 And for the tab or chord melody sheet, get a copy here. 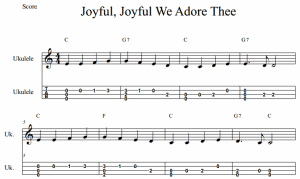 Wouldn’t it be awesome to boast about knowing how to play a tune by Beethoven on the ukulele? With the help of our Joyful, Joyful We Adore Thee ukulele tutorial, you can truthfully claim you do know a Beethoven tune on the ukulele. Joyful, Joyful We Adore Thee is a popular hymn set to one of Beethoven’s melody in his final symphony. The melody is called Ode to Joy and it is part of Symphony Number 9.

You can play the song using just three chords (C, G7 and an F) but there’s a part of the song (where the verse goes “Drive the dark of doubt away”) where it sounds better to play with the additional chords E7, Am, D7 and G. The additional chords are played a little bit fast so playing that verse gets a bit complicated so when you don’t feel like doing the complicated one, the three-chord version works just fine.

For the strums, Jenny provides three different methods you can try. First, we have the simple all-down strums, four beats per measure. Second, we have the down (1), down-up (2), down (3), down-up (4) strum. Finally, Jenny plays a simple chord melody for the third verse. 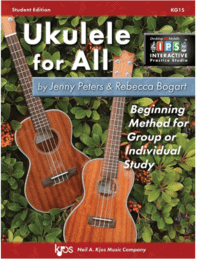 The actual title of the song is “The Hymn of Joy,” however, people are more familiar with the title “Joyful, Joyful We Adore Thee” which is the song’s first line. Henry Van Dyke wrote the verses of the song in 1907.

Henry Van Dyke was a preacher and an educator. He worked as an English literature professor at Princeton University and also as a lecturer at the University of Paris. He became a diplomat to Europe at the time of Woodrow Wilson’s presidency.

Van Dyke was also a distinguished author of short stories and poems. Aside from “The Hymn of Joy,” Van Dyke also wrote another famous poem “Time Is.” Lady Jane Fellowes read part of the latter poem in Princess Diana’s funeral. 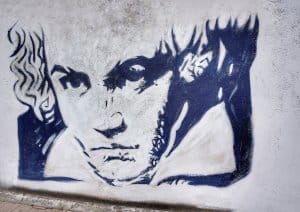 While Van Dyke wrote the verses to “Joyful, Joyful We Adore Thee” or “The Hymn of Joy” in 1907, he first published the poem in 1911 (as part of the third edition of  his Book of Poems). When Van Dyke wrote the poem, he expressed his intent that the poem be sung to Beethoven’s Ode to Joy melody. 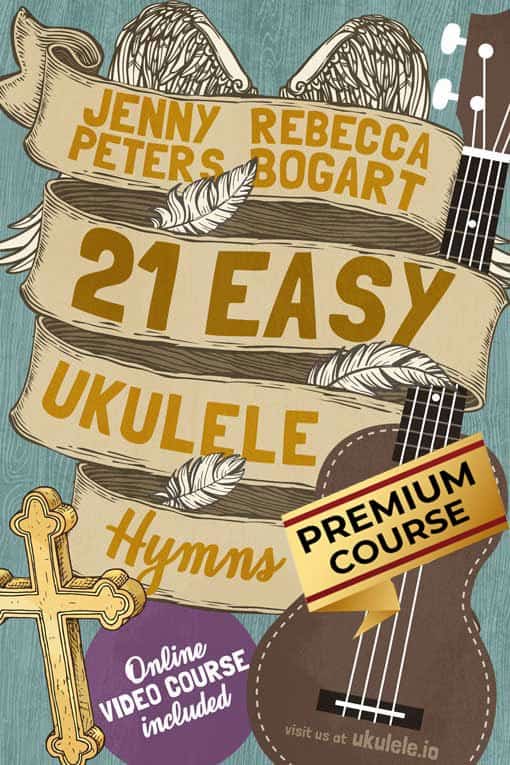 We have launched some exciting new ukulele hymn kits.

Learn more about our Ukulele Hymn kits by clicking the button link below.

Get free ukulele sheet music in your inbox every two weeks and get three great songs right now.