How to Play Silver Bells – An Easy Ukulele Song for Christmas

Silver Bells is one more easy ukulele song for Christmas that you can learn. The song uses the following chords: G, G7, C, Am, D7 and A7. It also has a fairly simple strumming pattern. You can use all down strums for the verses. Then use a little variation of down-down-up-down for the chorus. You can view more of the chords, strums and song in the video ukulele tutorial.

We also included a lead sheet for the song that you can download here. 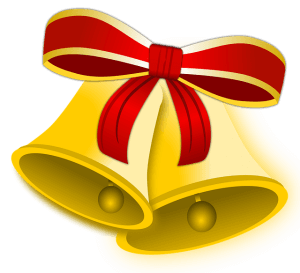 What is it about bells that we usually associate them with Christmas? Aside from our featured easy ukulele song “Silver Bells,” remember one of the most famous Christmas songs is entitled “Jingle Bells.” There is also another song called “I Heard the Bells on Christmas Day” which was created from a poem by Henry Wadsworth Longfellow.

Bells have become traditional symbols of Christmas as the ringing of church bells announces the start of mass or a spiritual gathering. They signify a calling to join a celebration. And Christmas is indeed one of the most significant and joyful Christian celebrations.

HISTORY OF THE SONG

Did you know that Jay Livingston and Ray Evans who wrote Silver Bells initially called the song Tinkle Bell? They were thinking about the bells from Santa Clauses and the Salvation Army bell ringers and the way they tinkle. When Livingstone played the song for his wife and told her they were going to call it Tinkle Bell, her wife mentioned “tinkle” in informal language refers to urinating.

Livingston recounted this detail to Evans and they decided to replace the song. However, they ended up using most of the lines of the original song but now called it Silver Bells. They wrote the song for a movie released in 1951 named The Lemon Drop Kid. The movie starred Bob Hope opposite Marilyn Maxwell who both sang this wonderful song.

The first recording of Silver Bells was made by Bing Crosby and Carol Richards. It was released in 1950 through Decca Records. Through the years, various covers of the song have been done making it one of the most popular and frequently performed Christmas songs.