Our long-awaited ukulele hymn book and course will be coming out soon. To get you excited, we’re sharing our ukulele hymns playlist on YouTube that includes videos that teach hymns. Here is the playlist. Many, but not all, of these hymns are in our book and hymn kits that will be available for sale on www.ukulele.io.

In our books and courses, we always level songs from easiest to hardest. We also give you historical background about each song.

As our gift to you, we are giving you the sheet music to “Nearer My God to Thee.” So, you not only get our ukulele hymns playlist on YouTube, you also get a free sheet music!

John Newton (1725-1807) published Amazing Grace in 1779. On his voyage home to England he awoke to find the ship filling with water during a violent storm. As he called out to God for mercy the cargo shifted enough to stop the leak, and he was saved from drowning. He later wrote that his spiritual conversion began at this moment. As he grew more committed to his Christian faith, he came to believe that the slave trade was wrong. Later, He became a prominent abolitionist and evangelical religious leader. He was influential in Britain’s abolition of slavery in 1807.

Not a great deal is known about the origin of  Nearer My God to Thee. The lyrics were a poem by Sarah Flower Adams, who died in 1848. Her sister Eliza set it to music. She based the text on the Biblical reference to Jacob’s dream. Wallace Hartley, the bandleader on the Titanic, played “Nearer My God to Thee” on his violin. He played it to comfort the passengers as the ship went down.

More About the Songs on the Ukulele Hymns Playlist on YouTube

Hallelujah by Leonard Cohen is a composition thought of as a secular hymn. Cohen started with an astonishing eighty verses of lyrics for Hallelujah. He cut this to a final four-verse recording which was released in 1984. Cohen wrote brilliant lyrical narratives about Biblical characters. These include the story of King David and Bathsheba. With the lyrics about despair, dejection, and love, these stories come to life in this song.

The melody of Morning Has Broken is based on a Gaelic tune called “Bunessan”. Bunessan is a small Scottish village located on the island of Mull. Eleanor Farjeon wrote the lyrics of “Morning Has Broken” in 1931. “Morning Has Broken” was already popular in England since its release in 1931. The song’s reach widened when Cat Stevens included it on his Teaser and the Firecat album. The song ranked in the top ten of the 1972 music charts in several countries. 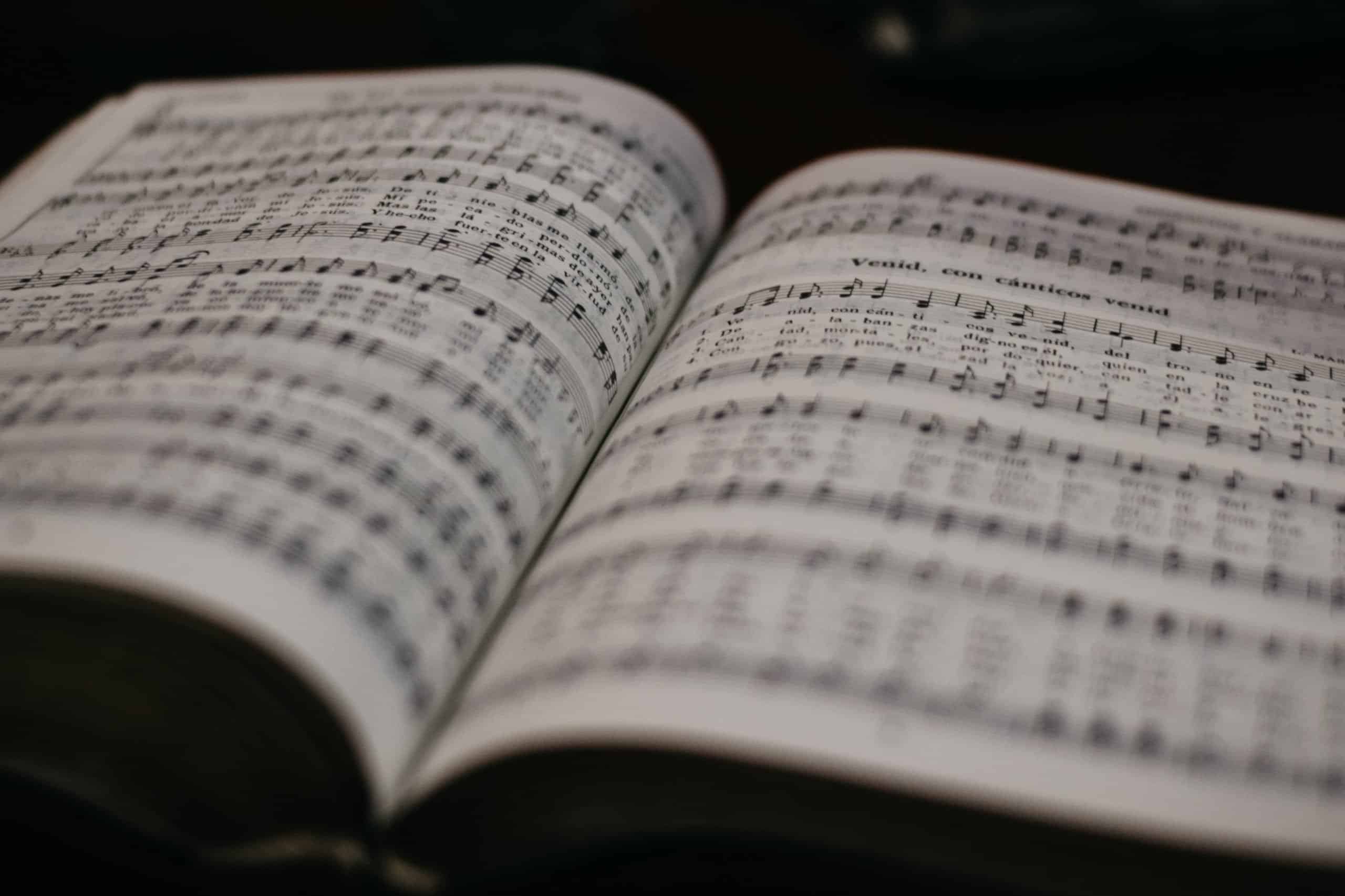 European 16th-century religious strife is the source of Prayer of Thanksgiving. Theodore Baker, an American music scholar, found the hymn’s German translation in Leipzig in the 1870s. In 1894 Baker translated the hymn into English and named it “Prayer of Thanksgiving”. Starting in the early 1900s, Christian denominations included it in their hymnbooks. Jacqueline Kennedy Onassis chose Prayer of Thanksgiving as the processional hymn for her funeral. In 1994, and it was also featured in an episode of The West Wing.

Chatter with the Angels is an African American work song. The singer is dreaming about a time when she/he would be with the angels rather than working in the fields as a slave.

This Little Light of Mine is a gospel song that became an anthem in the Civil Rights era of the 1950’s and 1960’s. It was composed by Harry Dixon Loes in the 1920’s as a children’s song. Many artists have covered this song, including Ray Charles and the Everly Brothers. Because the lyrics are so simple, it’s fun to create your own verses, as we did with the third verse.

We Shall Overcome is a gospel song that became a protest song. It is often associated with the United States’ Civil Rights movement.

Wayfaring Stranger is a plaintive gospel song telling the story of a soul’s journey through life. Many artists have covered it, including Burl Ives and Johnny Cash.

Kumbaya means “come by here.” The person singing it is pleading for the Spirit of God to bring peace and harmony to everyone. The song is associated with the Civil Rights movement of the 1960’s.

Swing Low, Sweet Chariot depicts the story of the prophet Elijah being taken to heaven by a chariot. (2 Kings 2:11) The song became popular during the Civil Rights. Joan Baez sang it at the 1969 Woodstock Music Festival.

Give Me That Old Time Religion

Give Me That Old Time Religion is an African American spiritual first published in 1872 in Jubilee Songs as Sung By the Fisk Jubilee Singers. Charles Davis Tillman, who made a name for himself popularizing and publishing gospel songs, copyrighted it in 1891. Tillman clearly did not write this song, although he did bring it popularity with white Southerners with slight changes to the lyrics. The song is known by a variety of titles including “That Old Time Religion” and “Old Time Religion.”

Church in the Wildwood

The Church in the Wildwood was composed in 1857 by a young music teacher named William S. Pitts. During a trip to visit his fiancée, the stagecoach stopped in Bradford, Iowa. Pitts took a stroll and came to a beautiful spot in a valley. An image formed in his mind of a brown church. It stuck in his mind once he returned home, and he wrote a poem about the image which he later set to music. During the winter of 1863-64 Pitts taught “Church in the Wildwood” to a singing class at the Bradford Academy. The class performed the song at the dedication of the new church in 1864. The song lapsed into obscurity for decades until it became the trademark song of the Weatherwax Brothers Quintet in the 1920’s and 30’s. The Carter Family recorded the song in 1932. 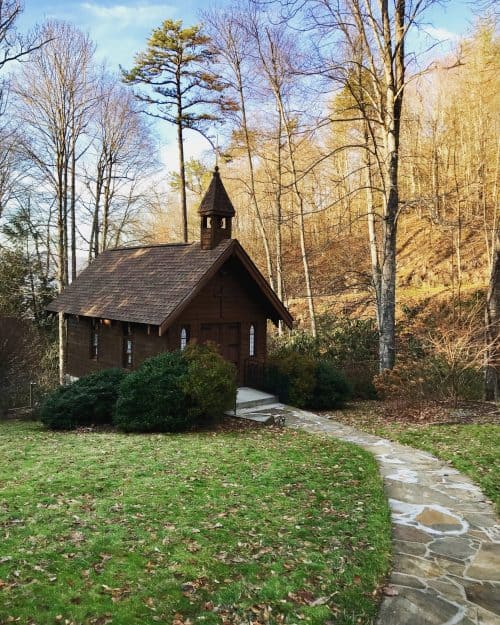 Shall We Gather at the River

Robert Lowry (1826-1899) collaborated with William H. Doane to produce some of the most popular Sunday school song collections of his day. Shall We Gather at the River? has appeared in many movies, including the 1985 Academy Award-winning film, The Trip to Bountiful. Charles Ives and Aaron Copland, two famous American composers arranged this hymn. The United States Army Chorus sang it at the funeral of Associate Justice William O. Douglas in the National Presbyterian Church in Washington, D.C., in 1980.

We hope you’ve enjoyed this ukulele hymns playlist on YouTube, along with free sheet music and background information about the songs!