Colors of the Wind Ukulele Tutorial for Beginners

Now is your chance to learn to play the Pocahontas theme song on ukulele with this Colors of the Wind ukulele tutorial.

COLORS OF THE WIND UKULELE TUTORIAL

First of all, you’ll need to know seven chords for this Colors of the Wind ukulele tutorial. The chords are C, Am, Em, F, Dm, G and Bb. Although Bb is a bit more challenging to make than the other chords, you’ll only need to do it once in the song. Secondly, you’ll follow a D-DU-D-DU pattern (D-down, U-up). Additionally, Jenny also shows how to do a fingerpicking accompaniment on the second verse. So you can choose to work with the standard strumming pattern, the fingerpicking style or both.

If you want more of Colors of the Wind ukulele tutorial, check out the video section of our Facebook page for a recording of the Live lesson on this song.

In addition, don’t forget to subscribe here and get weekly email notifications of ukulele tutorials. Most importantly, these notifications include downloadable sheet music with lyrics, chords and/or tabs for the featured song.

The multi-awarded composer Alan Menken created the music for Colors of the Wind. Equally acclaimed lyricist Stephen Schwartz wrote the lyrics for it. Menken and Schwartz worked on the film score for Disney’s Pocahontas and Colors of the Wind was the first song they composed. Before Pocahontas, Menken had worked previously on the score of various Disney films including The Little Mermaid, Beauty and the Beast and Aladdin. When Menken’s frequent collaborator Howard Ashman died, Disney recruited Schwartz to work with Menken. Despite not having worked in the film industry, Schwartz accepted and Pocahontas which was released in 1995 was their first collaboration. In addition, Menken and Schwartz also worked together to create the score for The Hunchback of Notre Dame in 1996 and Enchanted in 2007. 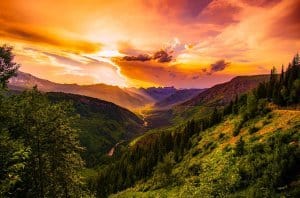 Many critics and writers consider Colors of the Wind as a philosophical and though-provoking ballad. The song’s lyrics touched on the subjects of racism and equality as well as environmental awareness and harmonious nature. The Academy of Motion Picture Arts and Sciences honored Colors of the Wind with the award for Best Original Song.  Likewise, the Hollywood Foreign Press Association bestowed the Best Original Song award to the Pocahontas theme song. Moreover, the Recording Academy also awarded the Grammy to the musical team of Menken and Schwartz for Best Song Written for Visual Media.

Judy Kuhn, who played the singing voice of Pocahontas, first recorded Colors of the Wind. But Vanessa Williams performed the song for the film’s soundtrack. Williams’ version, released as a single, charted in many countries reaching number 4 in the US Billboard Hot 100.