UKULELE TUTORIAL FOR HAVE YOURSELF A MERRY LITTLE CHRISTMAS

The earlier Christmas songs we’ve provided ukulele lessons on were mostly joyful and lively tunes.  This time we bring you a ukulele tutorial for  “Have Yourself a Merry Little Christmas,” a mellow and poignant Christmas song.

We have a lead sheet for the song that you can download here.

The moment you hear the first lines of the song, you feel that bit of wistfulness that the song seems to evoke. At the same time, it inspires making the Christmas season happy and trouble-free. It also inspires looking forward to more years of gathering together with friends. Although this latter thought is followed by the lines “if the fates allow” which some think are depressing words to be singing about during what should be a jolly time of the year.

Hugh Martin wrote the beautiful and nostalgic lyrics of this Christmas song for a musical called “Meet Me in St. Louis.” In the musical, Esther (played by Judy Garland) sings this song to her little sister Tootie (portrayed by Margaret O’Brien). Tootie is very sad because their family is leaving their St. Louis home to go with their father who is getting a new job in New York. 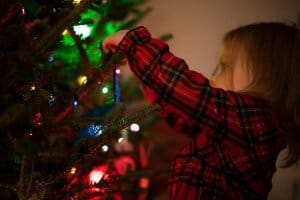 The first version of the lyrics presented by Martin were not approved by Garland and the director. They included gloomy lines such as “It may be your last” and “Will be near to us no more.” Martin disagreed at first but finally modified the song. “Have Yourself a Merry Little Christmas” was first sang by Garland in 1944.

Ralph Blane was attributed as the one who added the music to “Have Yourself a Merry Little Christmas.” However, this was later contradicted by Martin. In his autobiography, he stated he wrote both lyrics and music for the song.

The Judy Garland version of “Have Yourself a Merry Little Christmas” became very popular although other famous artists have recorded their versions including Frank Sinatra who had three various recordings of it. Sinatra also asked Martin to do further revisions on the lyrics for the versions he recorded. Sam Smith released a version of this song in 2014 which charted on Billboard’s Hot 100.

We hope you enjoyed this Christmas ukulele tutorial. If you’re looking for some ukulele gift ideas other than the Ukulele Sisters’ products, visit our recommendations page which features not only books and ukuleles, but also tuners, music stands and many others.

Here’s hoping you all “Have a Merry Little Christmas!” 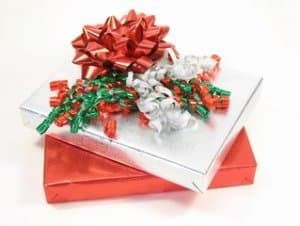 Jenny I Got Your Number Ukulele Cover