Singin’ in the Rain Ukulele Tutorial with Melody Tab

With this week’s easy “Singin’ in the Rain” ukulele tutorial, let’s learn an iconic song that’s also the title of a popular 1952 film. As with previous video tutorials, it includes ukulele chords and lyrics. Additionally, Jenny does a more extensive melody tab tutorial on this video. For beginners, learning to play a song on the ukulele is best when there are lesser number of chords. “Singin’ in the Rain” ukulele tutorial requires only four chords.

Singin’ in the Rain Ukulele Tutorial 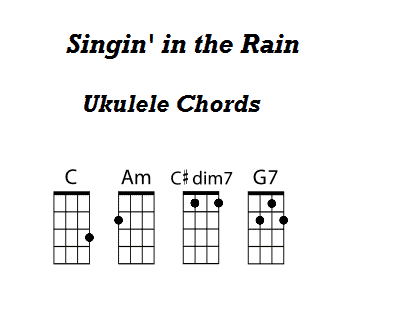 The four chords we need for “Singin’ in the Rain” ukulele tutorial are: C, Am, C#dim, G7. Despite the long and seemingly difficult name of the third chord (C#dim), it’s just an open two-finger chord.

We’ll follow a D-DU-D-DU (D-down, U-up) strumming pattern. Jenny also adds some chunking that you might want to try to spice up the strumming. Check the video to see how Jenny does the chunking using the heel of her hand.  Also, Jenny plays a melody tab on the middle of the song during the instrumental part. Plus, she gives some expanded lesson on how to play the tab at the end of video so be sure to watch until the end to check that out.

​Singin’ in the Rain – Song History

Although “Singin’ in the Rain” is mostly associated with the 1952 film of the same title, the song was actually published more than two decades earlier. American lyricist and producer Arthur Freed, inspired by a man dancing while drenched in a downpour of rain, wrote the song in the 1920’s. In 1929, Freed included the song as part of a musical film called “The Hollywood Revue of 1929”. Ignacio Herb Brown collaborated with Freed and composed the music for the song. Cliff Edwards, a popular musician and actor in the 1920’s who is also known as Ukulele Ike, performed “Singin’ in the Rain” for this musical. Other notable artists also performed the song in the 1930’s and 1940’s such as Annette Hanshaw, Jimmy Durante and Judy Garland.

The popularity of the song “Singin’ in the Rain” reached new heights the following decade. In the 1950’s, Freed, who by then was a producer at MGM, wanted to create a musical featuring his songs, in particular “Singin’ in the Rain.” The end result is the movie named after the song which starred Gene Kelly. In probably the most memorable scene of the film, Kelly happily sings and dances to the tune of “Singin’ in the Rain” while literally drenched from the pouring rain. The unfortunate Kelly was sick and running a fever while filming the scene. And the rest they say is history. The American Film Institute voted “Singin’ in the Rain” number 3 in their “100 Years… 100 Songs” list. The list ranked the top 100 songs in American cinema of the 20th century.

Check out these other popular easy ukulele tutorial videos… 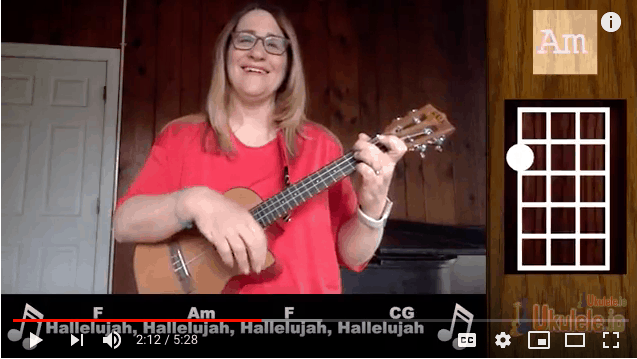 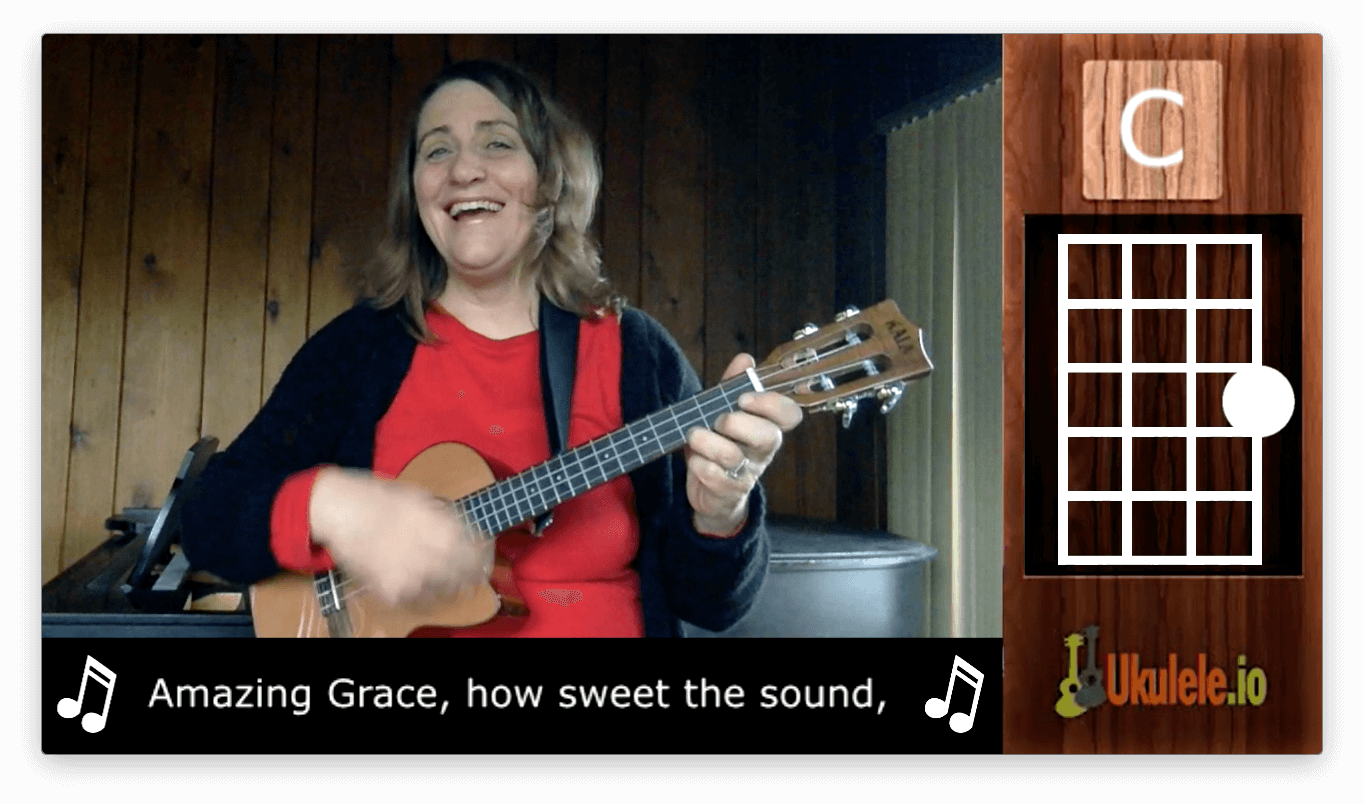 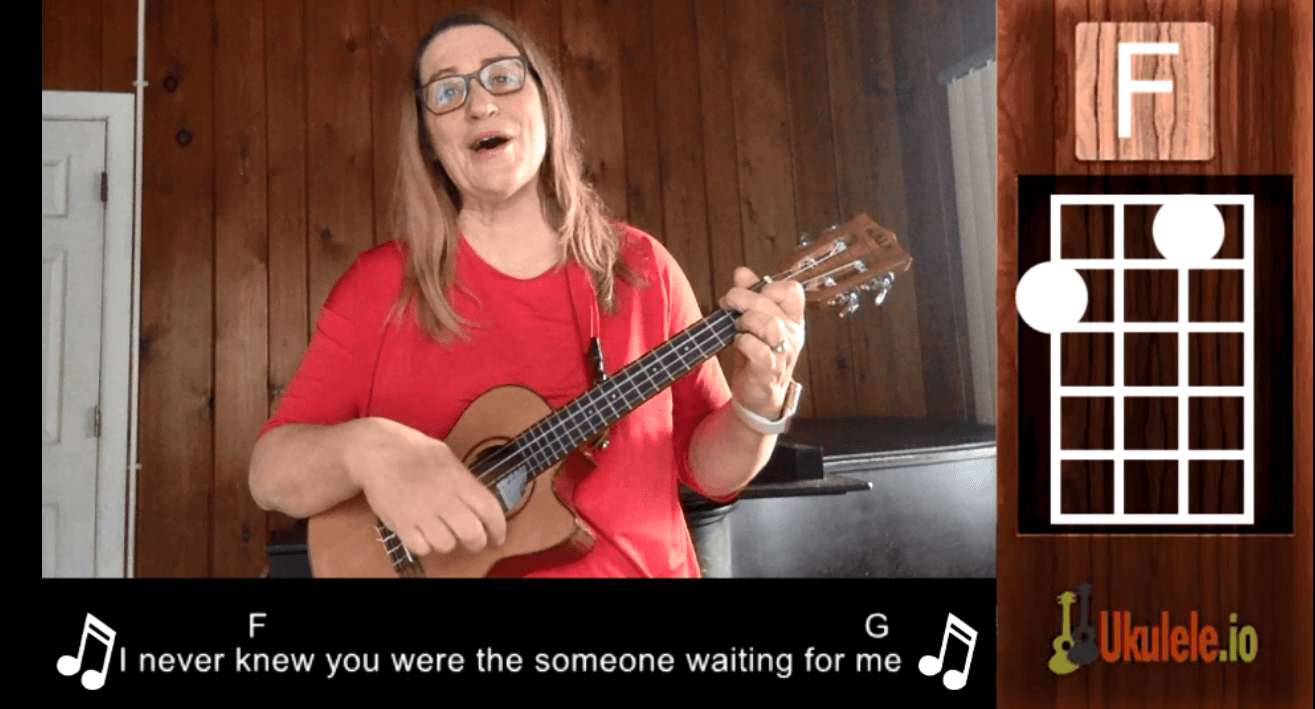