Tiptoe Through the Tulips Ukulele Tutorial 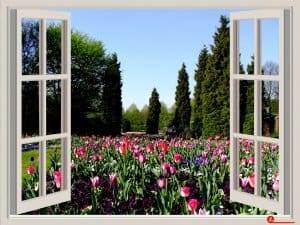 Nick Lucas sang the original version of Tiptoe Through the Tulips in a 1929 musical entitled Gold Diggers of Broadway. Lucas’ sweet ballad rendition reached number 1 on the charts on the same year. Famed lyricist Al Dubin and composer Joe Burke wrote this tender song which is sometimes referred to as Tip-toe Through the Tulips With Me.

In 1959, Herbert Buckingham Khaury, more popularly known as Tiny Tim, performed Tiptoe Through the Tulips in his high-pitched, falsetto voice that somehow added more impact to the already eerie tone of the song. While the original version by Nick Lucas was accompanied by a guitar, Tiny Tim’s instrument was his faithful ukulele.

Tiptoe Through the Tulips became Tiny Tim’s signature performance throughout his career. He included the song in his first album God Bless Tiny Tim and it was a hit. His version was included in the movie Insidious released in 2010. The rock group Cherry Glazerr made another cover of the song in 2014 whichwas featured in the third installment of the Insidious movie franchise.

TIPTOE THROUGH THE TULIPS UKULELE TUTORIAL