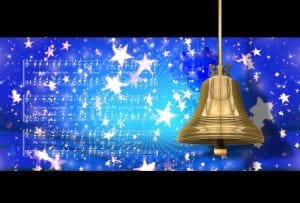 What’s a good Christmas without some merry music? In this Christmas special, we present a countdown of our top 10 ukulele Christmas songs.

Christmas is the time of the year when friends and family come together to celebrate this important holiday. So it is a time to share happiness and goodwill with those we love. Here at ukulele.io, we wish our members and the whole ukulele community a merry Christmas with our most popular ukulele Christmas video tutorials.

If your favorite doesn’t appear on the list, let us know in the comments!

At number 10 is The Christmas Song. The Chrismas Song, better known as ‘Chestnuts Roasting on an Open Fire’ is a classic Christmas song. Bob Wells and Mel Tormé wrote the song in 1945. The ukulele version has a lot of chords. But that means more fun for you!

#9 – We Wish You a Merry Christmas

Next up is We Wish You a Merry Christmas. This is a popular English Christmas Carol that has been around since the 16th century. Almost everyone knows this famous piece. It is one of the few Christmas carols that mentions the New Year, which comes a week after Christmas. Enjoy the tutorial below.

At number 8 is the beautiful Oh Christmas Tree. This is actually a German folk song with the original title of “O Tannenbaum.” A tannenbaum is a fir tree in German. You can listen to the bilingual performance of the first verse of O Tannenbaum here. Then watch the ukulele tutorial below.

Yes, Jingle Bells just had to be on this list. Jingle Bells is not only one of the best known Christmas songs, it claims the distinction of being one of the most popular American songs of all time. It was originally intended for the Thanksgiving season and had no relation to Christmas. However, it became associated with Christmas after it was first performed on Washington Street in Boston in 1857.

Silver Bells comes in at number 6. Jay Livingston and Ray Evans composed this popular Christmas song. The duo originally wrote the song for the movie “The Lemon Drop Kid.”  On the other hand, Decca Records released the first recording of the song. This was the Bing Crosby and Carol Richards’ version which became very popular. Enjoy the tutorial below.

Next up, Let It Snow. The song was written by lyricist Sammy Cahn and composer Jule Styne in July 1945. It was written in Hollywood, California during a heat wave as Cahn and Styne imagined cooler conditions. Technically, Let it Snow is not a Christmas song since the song’s lyrics make no mention of Christmas. However, it is played on radio stations during the Christmas season and has become associated with the holiday over time. Various artists also often cover the song on Christmas-themed albums.

The beautiful Silent Night takes up position 4 on the top 10 list. It is one of the world’s most famous Christmas carols. Joseph Mohr  wrote the song’s lyrics in 1816. He (Joseph) was from the small town of Oberndorf bei Salzburg, Austria. Franz Xaver Gruber composed a melody to fit the text in the schoolhouse of Arnsdorf, on Christmas Eve, 1818.

Winter Wonderland takes the third position. This famous Christmas song was first published in 1934. The lyricist was Richard B. Smith and the composer was Felix Bernard. Through the decades it has been recorded by over 200 different artists. The lyrics of Winter Wonderland have undoubtedly contributed to the magical vision of snow at Christmas, together with the tradition of building snowmen to turn fantasy into reality by creating a real winter wonderland.

Feliz Navidad almost always lands in any list of top 10 ukulele Christmas songs. It’s no surprise then that it comes at number 2 on our list. It is a bilingual Christmas song written in 1970 by Puerto Rican songwriter José Feliciano. The famous song comprises a simple English verse with a Spanish chorus, “Feliz Navidad, próspero año y Felicidad” that translates as “Merry Christmas, a prosperous year and happiness.”

And the grand prize goes to Jingle Bell Rock. The song is considered the first mainstream rock and roll Christmas song. It was released by Bobby Helms in 1957. The song enjoys frequent airplay across the United States during the Christmas period. Many artists  have covered the song including Hall & Oates, The Platters, 38 Special, and The Beach Boys. The sweet rock and roll tune makes this song a wonderful piece to play during the Christmas period. The tutorial below guides you on how to play Jingle Bell Rock.